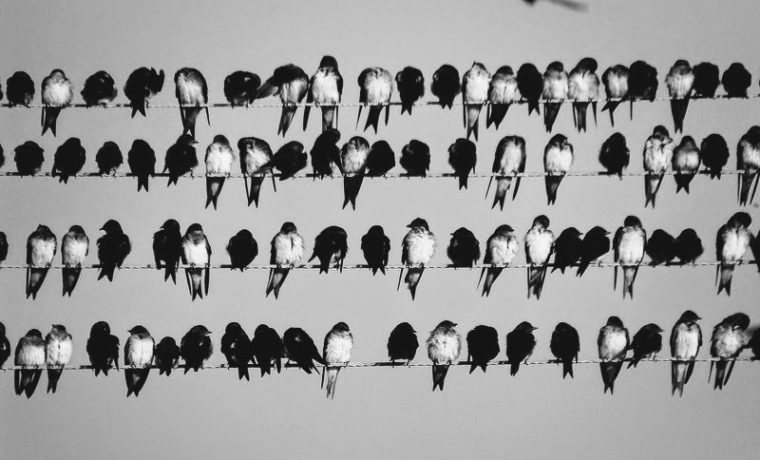 Not so long ago I came across this sentence in a management book:

“People are generally opposing their own ideas far less frequently”

I let this sink in for a while. Now I realise what was disturbing me.

It’s just wrong! I can name any number of my own ideas that have floundered due to my own resistance.
Take all my New Year’s resolutions for instance. Or that ridiculous notion, fortunately more than ten years ago now, that I thought I could avoid traffic jams by learning to ride a motorbike.

One of my dafter ideas.

Neither is it true that people will oppose another’s idea just “because nobody asked their opinion.”

This not invented here syndrome has never been observed by lottery winners.

Steve Jobs didn’t ring me before he launched the iPad. I wasn’t part of the development team nor was I a part of the sounding board group. And still my life has gone through a lasting change due to that gadget.

It doesn’t have to be your own idea before you can embrace it. Sometimes someone else may know what your needs are better than you do yourself.

There’s something wrong in the logic of this sentence: when it’s your own idea there is less resistance. The avoidance of resistance, is that what this is all about? Then someone else’s idea is the means and the acceptance of the idea is the end.

However that is a misdirected intention. Then you engage people in order to give them the feeling that they are involved. If that is the case you may incorporate their less inspired ideas, just so that they feel they have been heard. Such a change is rarely better and those involved sense that their input is only a means to an end. So then you get exactly what you don’t want : resistance.

We need to return to the real reasons why we should want to involve people. That is because in a complex world nobody – with the exception of a genius such as Steve Jobs – can oversee everything.

Any idea that touches the work of an individual needs his input. In order to investigate if this is the best possible idea, to give the idea structure, to test its feasibility and to tailor it to the needs of the persons concerned. Only then has the idea any chance of success.

Photocredits: “The Birds” by edu_fon is licensed under CC BY 2.0

Organisations are busy and under pressure.

The more pressure we feel, the greater our need to find a valve to release it.

To blow off off steam.

But the way we do this is very tricky. You can blow off steam with three intentions, and each intention has a pitfall.

The question ‘why is this necessary?’ is high up in the top 10 of most frequently asked questions about change.

The word ‘necessary’ says it all. The person asking it is asking about the need. He wants to know what the urgency of the change is.

I have been thinking about the word ‘value’ for a while now. It’s quite a big thing in management at the moment.

I have noticed that the word is used in two ways: as ‘added value’ and as ‘core value’.