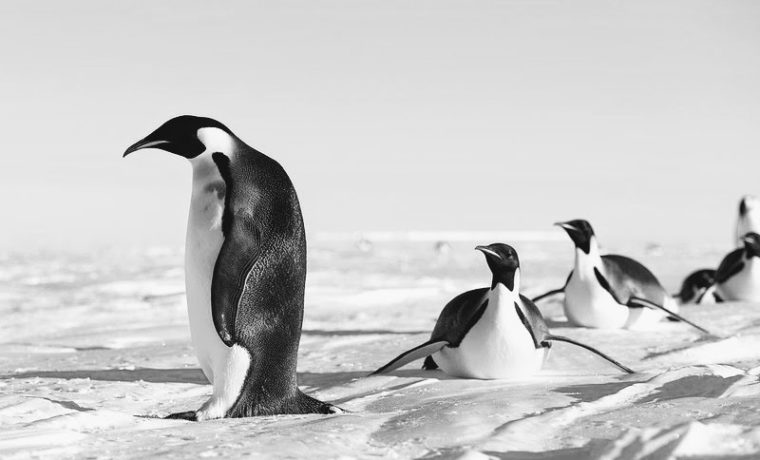 The term organic change can be heard regularly in many organisations. This of course has a lot to do with the fickleness and complexity that is typical of contemporary change.

What’s so hard is that the term is also a rich source of Babel-like confusion, which only increases the complexity of change.

So I wondered how we can prevent this confusion.

I checked the dictionary. Here the word organic is a main entry, but what lies behind it only concerns organs and not change. So that didn’t help.

I subsequently asked several change leaders what they think it means. The majority stated that organic change can be seen as a way of moving where the change gradually takes shape.

Organic change as a voyage of discovery.

But it turned out that this didn’t solve the confusion. This is because there are two ways in which you can make a voyage of discovery and it depends on which one you mean.

In this way of moving the ‘travellers’ are carried along by what announces itself. They move unguided and unplanned, driven by (natural) sources outside themselves. They later say that the change just happened to them, that they rolled into it. That the change manifested to them gradually. 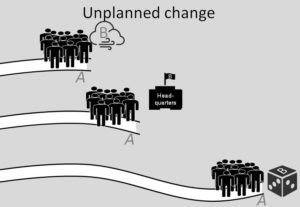 Everyone is of course free to call this organic, as it is a possible way of moving.

But if the word is used in this sense by people who have taken on a role as change leader, I am on guard. As these people have chosen a role at the helm. While simultaneously implying with their language they don’t use the helm.

This becomes improper when they are at the helm under the surface, but in the word organic find the escape clause to avoid talking about it. Every fellow traveller who enquires about the plan, gets an answer like ‘there is no plan, because we are changing organically’. But then each step doesn’t manifest itself to fellow travellers until it has been taken. To them the voyage of discovery is a succession of faits accomplis.

We of course can’t blame one word for a lack of leadership. But we do trust the cat to keep the cream if we assign this meaning.

So it’s better that we don’t.

In this voyage of discovery the travellers only plan one step ahead. That’s the plan. Reaching the next ‘post’ is a new moment of contemplation about the next step. 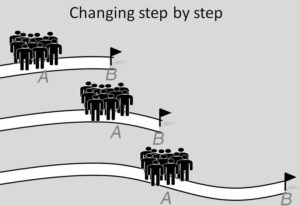 In this way of moving the question ‘what is the plan’ can be answered any time. The time that has been taken to reach the next ‘post’ can be used to shape the change together.

This is the way of moving I called organic in previous publications*.

Naturally, not every change is suitable for this. There are enough changes in which you have to plan several steps ahead, or in which you even have to plan the whole route in advance. So behind the question ‘what is organic change’ lies a more crucial question:

How much planning does a change process need?

To be able to answer this question in each situation, it helps to distinguish unplanned change, changing step by step and planned change. You then do not need the word organic.

If you want to use the word after all, I recommend reserving it to step by step change. Then 100% organic change and 100% planned change are two extremes of a continuum of many shades of grey.

It is my job to get people thinking about the way they give room, direction and guidance to organizations in motion. So that they can look for the essential conversation to change together.

Want to know more about my (online) presentations? Click here.

Photo credits: “Emperor Penguins” by Christopher.Michel is licensed under CC BY 2.0

We waste a lot of valuable time if we get stuck in abstractions, models, bullets and definitions. Then we lose ourselves in contemplation. Only the intellect is speaking, the feeling is on mute.

Sometimes two statements are both truisms, but these truisms may clash. As with these two:

“We need to be agile”

Where can they meet after all?

Nothing feels better than helping.

But sometimes it is better not to help. After all, your help could also make things worse. Then you help out, only to sigh afterwards:

“I just wanted to help.”