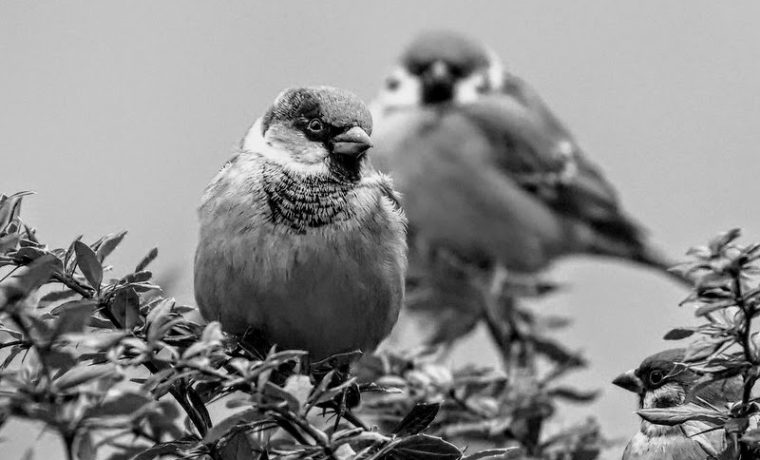 Assessing a plan that someone else has made.

The master plan for strategy implementation. The grant application for the regional partnership. The sheets about the Transformation Roadmap.

How can you see if such a plan is good? Especially when it concerns a complex change? And even if it is written in the secret language of a method in which you are not certified?

I have a simple way to do this. It is a five-step word test.

See how B is an answer to A? Then the plan gives a sense of direction.

Is there no A text in the plan? Then you can ask the question whether the plan is urgent enough.

Step 2: what and why text

Now divide the A-words and B-words into two categories: what-words and why-words.

What-words are about things that will be introduced, built, made or developed in the organization. For example, almost all words end in -ing and -ation, such as digitization, standardization, restructuring and decentralization. Or terms that end with management, system and model.

Why-words are words about performance. They are about something that the organization delivers, that it contributes to its customers. Such words often end in –ity or-ion. Think of satisfaction, diversity, sustainability, profitability, safety, stability and accessibility.

Now put all A-words on the left and the B-words on the right. And the what-words above and the why-words below. This creates a matrix with four quadrants: 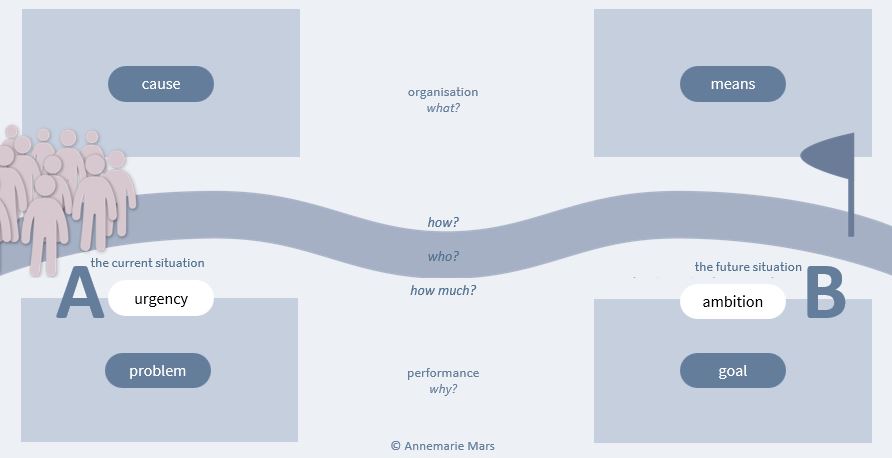 Is there nothing in the two lower quadrants? That is a sign of goal-means confusion. The structure of the organization has become an end in itself, so the change has no focus. It is expanding and falls prey to abstract discussions.

Is there nothing in the top left quadrant about causes? Then the change is a shot in the arm. Because if you don’t know how a performance problem arises, you don’t know where to look for the solution.

Do the four quadrants together form a logical whole? If so, the deepest causes for the problem found in the bottom left are at the top left. Then the measures on the top right solve those causes. And then those measures are sufficient to reach the goal at the bottom right. That is a sign of a solid direction.

Now search for text about the how. It’s about the way people work with each other. Those are all terms which end in approach, process, method, development and project. For example a step-by-step plan, a series of interventions, a training programme, a dialogue or a phasing. This is the vehicle.

Is this vehicle the most suitable means of transport to get from A to B? It is a good sign if the direction and the approach fit together, because then it is possible to move from A to B according to the principles of B. But a plan which presents the approach as an end in itself is vehicle worship. This is what makes the people who will work with it especially grumpy.

Who-words are about the division of roles. Sometimes people participate in their normal position, sometimes there is a separate change organization. Don’t be deceived with fancy names. You can often deduce quite a lot from the labels about the role of these officials. They can be divided into three types: the steering role, the coordinating role and the implementing role.
Who has the steering role? That is the person or group who makes the decisions and who may determine whether the plan is worthwhile. This is often called the client, steering group, task force or coordinating group. Be alert to whether more than one group has a steering role, because then there are just as many captains on the ship. Also make sure that there are no advisors or heads of staff in this role, because then the wrong people are at the helm.

Who has a coordinating role? This is the one who paves the way and guards coherence. They are often called project, programme, change or transition leader/manager, coordinator, linking pin, quartermaster, workgroup leader, booster or liaison officer. If the coordinating role is lacking, people work with not-fitting puzzle pieces.
Who has the implementing role? If there are enough of them, they can energetically build together on B.

As a last step you look for text about the time and means to get the job done. If you can’t find these words, the plan can only succeed if there are people out there who are crazy enough to do it in their own time.

A plan never tells you everything. So do not use the five steps to make an immediate judgment, but to ask the right questions in the discussion about the plan.

So the plan becomes feasible to achieve successful change.